NewsDo we have enough people in Ireland? 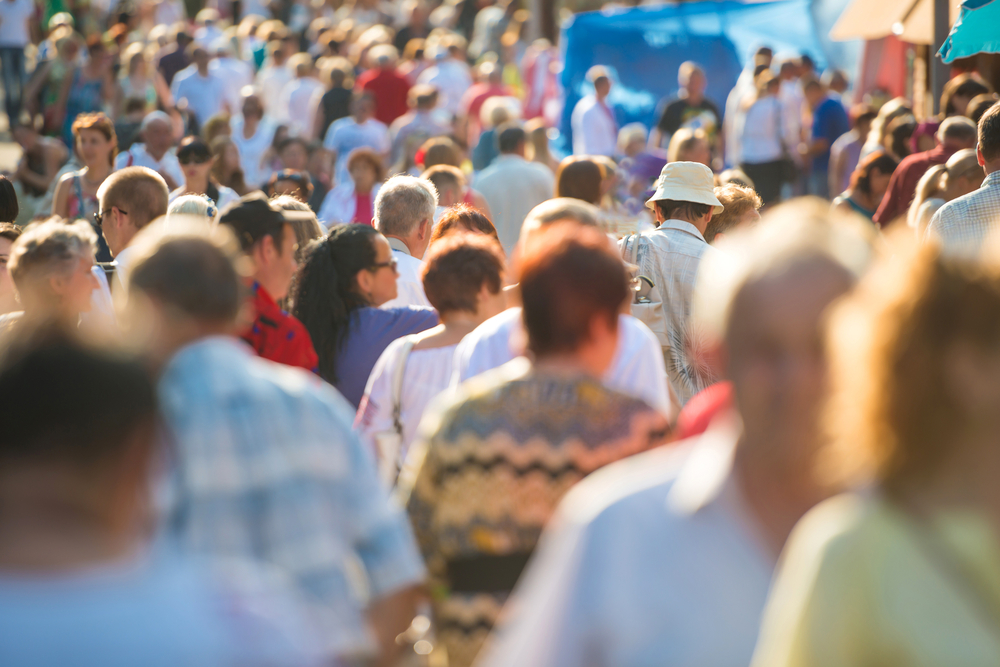 While Ireland’s population continues to grow at just over 1% per year, population decline is a serious problem for many developed countries. The average fertility rate to sustain a population is 2.1 births per woman over the course of her life, currently the fertility rate in Ireland is 1.7 and even at that low figure we are the third highest in Europe. The total number of births in Ireland peaked in 2008 at 75,000. On the back of various economic crises and changing lifestyles we are now down to under 56,000 births last year.

Many developed countries try to solve their low fertility rates at least in part through immigration- Germany, Italy and the United States are examples. Countries such as Japan that have negligible immigration are planning their economy and social services not only for an aging population but for a declining population. Japan’s population peaked in 2007 and has been declining ever since. This can mean there will not be enough young people working to pay the pensions of the elderly.

But not everyone agrees, some believe Ireland is overpopulated and want to save natural resources and the environment by moderating population growth. Others don’t want housing developments or infrastructure built near where they live and want to preserve things as they are.

At an individual level, many would-be mothers are finding it harder and harder to juggle their careers, lack of housing, lack of childcare facilities and increasing bills. They are opting to start families later, if at all. They feel they are being neglected and don’t want to carry most of the burden of raising the next generation of consumers and taxpayers.

There are certainly many moving parts contributing to whether a population grows or declines, and the consequences are very far reaching for every society.

What do you think? Do we have too few or too many people in Ireland? Who should be responsible for deciding? What should we do about it?

We possibly have the wrong type of population. I’ve returned to Ireland from the UK after 31 years and don’t recognise the country I left aged 27. The tax system and depression here encouraged me to leave. I reared 3 kids there and the cost of living was way lower in every area. I’ve come back alone and shocked at the cost of everything. But I love the people and their passion for politics and energy. Love the younger demographic so much. People returned and brought new energy and ideas. Immigration has been good for Ireland mostly too

Multicultural societies are complete and utter failures and dangerous places to live in. Project 2040 is a frightening prospect where the native Irish will be a minority in their own c1ountry.Imagine flooding millions more immigrants into Ireland and the state of the country we're already in...record levels of crime, homelessness, hospital waiting lists, poverty...

Immigration is only a solution if the immigrants are of the same race and thus integrate. Like America before 1960. Otherwise it will just lead to social conflict. For example, there are little to no Islamic terrorist attacks in Poland. There are little to no far right attacks either. There is little to no racism either because there are simply not enough other races around to be racist towards. America and Europe are on a fast track to becoming 2nd/3rd world countries like Brazil or India, which are both multi-racial and multicultural countries.

You cannot compare us to a continent like usa, we are but a small country. America was only in its infant stage. Germany made it hard for their people to have families by wanting to be big and rich and then they had an aging population with very little young people to support them. Their state pension is not great either. Then they welcomed in any immigrants from all over, to increase their population and had notting but trouble from that. Women been prayed upon in swimming pools etc. Perhaps if the state allowed parents better support to stay at home and mind and care for the children themselves then we could have an increased baby boom. What is the point of working ourselves to the bone but forgetting our children. It is usually to support the large mortgage and the two cars required to bring up a family, the grocery shopping, the childminder, the tv provider, the mobile phones etc etc etc Then we have educational costs, from start of school to end of times in college. Now everyone needs a degree in order to particpate in society even though the degree will not always give the salary to go with it. The increasing media narrative of doom and gloom, the world is falling in, does not entice anyone to have children. We have enough in our country without adding more in to the senario. Look after the mothers and fathers here and support them in bringing up good human beings.

People and businesses are also promoting feminism which means women are not available to make the babies.

We are bringing about our own demise. We need to stop killing the unborn and encourage women to put unwanted babies up for adoption.

Someone from D replied to Ann:

Agree. You can't complain about birth rates and promote abortion at the same time.