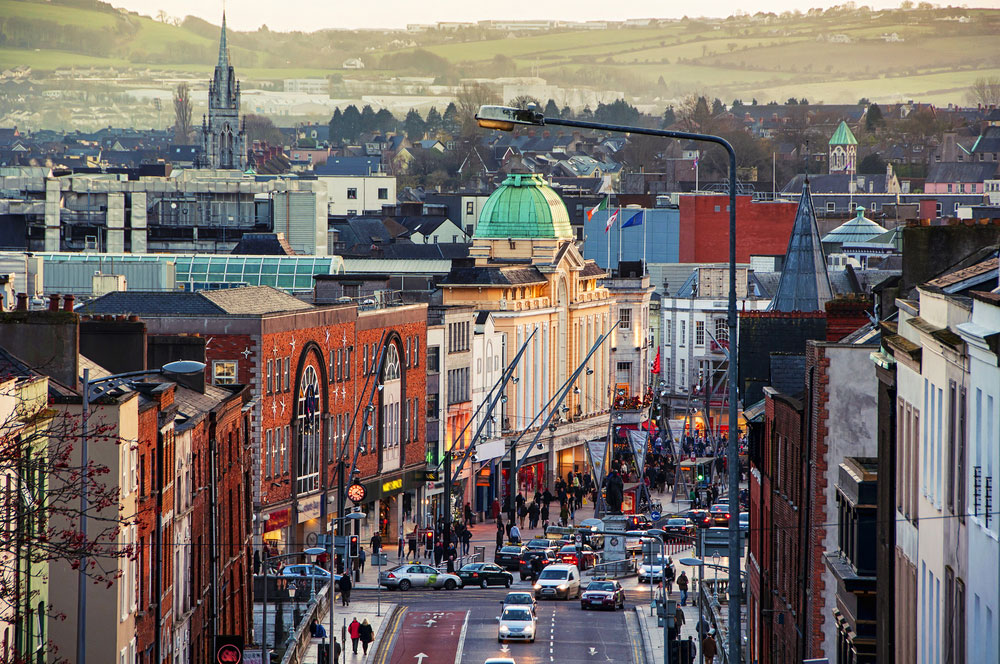 Last week French President Macron and European Commission President Ursula von der Leyen called for more co-ordinated European Defence Force initiatives. At first glance this may seem to be of little relevance to the Irish householder who has enough problems to be dealing with. Until we reflect on the changing nature of warfare. The days of boots-on-the-ground invasions of countries like Afghanistan will become rarer as cyber warfare and biological warfare become more common.

Remember the spate of cyber-attacks over the summer, one of which almost shut down our health system? Look at the collapse for WhatsApp this week, critical communication infrastructure for many. We are all exposed to almost daily scams and identity theft. Energy security resulting from geopolitics threatens us this winter. And what about the covid pandemic? While still most likely a natural occurrence, it has clearly demonstrated exactly how a biological war could be executed. Cyber attacks on our energy grid, banking and public services are almost certainly possibilities in the future.

In the past we could co-ordinate with the UK on defence measures. That is becoming less and less possible as the UK follows a swash-buccaneering global Britain future and is less interested in working with its near neighbours. Last week saw the UK off to the south China sea to try to protect Australia from supposed Chinese aggression.

It could therefore be argued that we will need to align ourselves increasingly with EU defence initiatives. Ireland however has been neutral almost since independence, we are for example not members of NATO. Neutral nations, such as Switzerland, generally have very strong defence capabilities. Ireland does not, we just traded on our remoteness as an island nation and were far enough away from everywhere to be somewhat ignored by invading armies. Not so in the new world of cyber and bio-warfare where there is no such thing as remote.

If we look to the US, one important driver of US success as an economy was the close ties of business with the military. DARPA (Defence Advanced Research Projects Agency), the US military’s program of research has led to all kinds of inventions, including communications satellites, the internet, and driverless cars. Europe doesn’t have an equivalent organisation, and this is one of the reasons why Europe lags in innovation and why we are so dependent on US companies coming to Ireland to invest and create jobs.

The nature of defence is changing, and the threats, which in the past seemed very remote, now have the capability to reach right into our homes and threaten our livelihoods, our health, and our quality of life. Defence is also a big economic driver and creator of jobs. As the world order changes, defence spending can not only protect our way of life but also create jobs and boost the economy at the same time.

What do you think? Stick to our historic principles of being neutral, having no enemies and looking after our own defences? Or pool sovereignty and join forces with the EU and become part of a new military-industrial complex responding to new forms of warfare?

Leave your comments below.

Neutrality has served us well and I would be prepared to continue it, especially if I received assurances that the "big boys" would any of them would stand by us, if our neutrality was threatened.

Meanwhile - Russian personnel have been surveying where the transatlantic internet cable comes ashore on the west coast of Ireland while Russian TU 95 bomber/spy planes fly down our west coast un hundred. We (Ireland) need to assert our and our European neighbours security. Even our HSE was recently attacked from a source inside Russia and what did our lot do. Nothing! In the 1970's an Irish naval vessel put a shot from a lee enfield rifle into the wheelhouse of a Russian spy trawler off the Donegal coast. It promptly buggered off. We need to be more assertive in the proterction of our assets/economy/territory through our defence forces.

Yea I am all for a e.u. Military run by German/ french to sent our children to some meaningless war to fight for a European state where a Irish voice is minuscule in the European parliament ?? Stay neutral, we have no resources worth any invading maururders will ever want

The days of keeping neutral in theory are over. In reality we belong to the Western block and our credentials our well known internationally.We cannot any longer depend on others to defend us in the new technological world and must pay our share in securing our defence.. We are a grown up nation with an obligation to participate in a wider defence arrangements under the auspices of the UN. Nicholas

I'm confused, what switching deal are you advertising here?

It's not about profit, it's about doing our part. There should be an EU military. I don't know how big it needs to be, but there needs to be one, and we should be part of it.

Ronan Browne and from G commented:

Jayzus! Let's just leave it alone. I don't want to have a better standard of living by profiting from war in a "new military-industrial complex". If anyone is looking for a "...big economic driver and creator of jobs..." why not start actually minding our own country in a creative way? Here's a starter, off the top of my head – a little bit like military conscription, let's make it compulsory for every school-leaver to do two years of paid work for the country. This could be in many fields, care, the environment, minding public spaces, etc. Sure you could come up with tons of fabulous things for people to do. It would allow time for people to mature into good citizens of our country. Now, this would all have to be managed – great employment potential there! And able-bodied people on Jobseekers Benefit/Allowance too, both in doing these works and in managing them. I think I'd prefer that to building up our military. Here's another thought to add to it – people in intermittent employment could join at any stage for a day here and there, right up to full time. We'd all be out in the community and in the 'environment', meeting each other, being active, fit and healthy, instead of slavishly creating data for Google, Facebook et al...