NewsWho Turned The Heat Up? 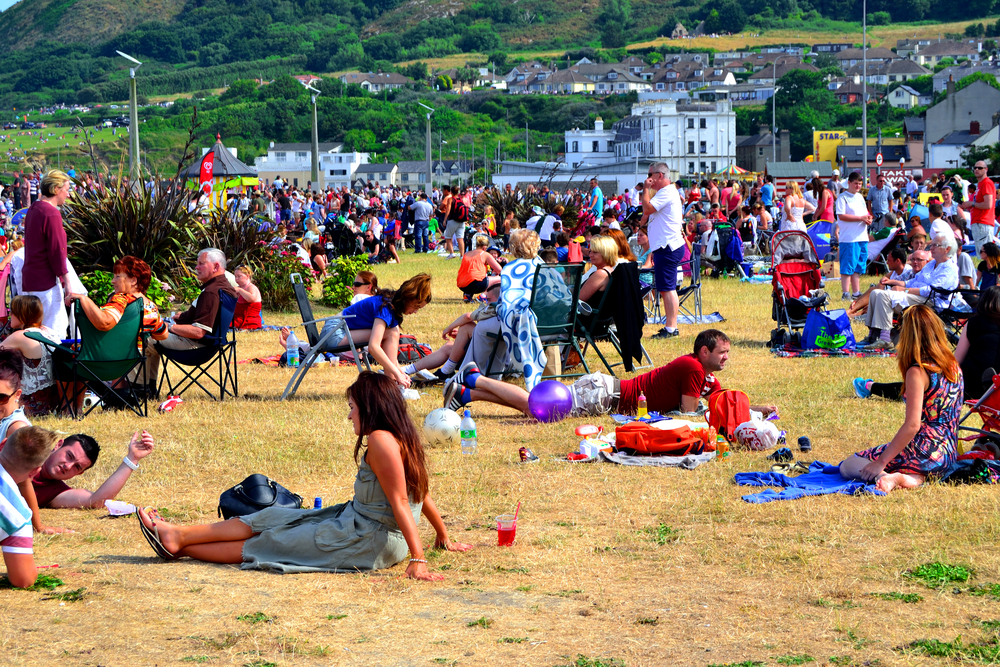 Who Turned The Heat Up?

This week we are enjoying record temperatures around Ireland, although still not at the all-time record of 33 C set in Kilkenny in 1887. However, all-time record temperatures are being recorded in Canada and California. The Met office in the UK has issued its first ever extreme-heat warning after a bus shelter spontaneously combusted in the west midlands. Germany has just been subjected to disastrous flooding with the loss of almost 200 lives. And this is on the back of raging wildfires in Australia last year and record melting of the Greenland ice-shelf and Artic ocean. Was this always happening naturally and we just didn’t notice in the past or are we really changing the planet’s climate?

Up to date research has suggested that if global warming goes beyond 2°C, the Paris Agreement target, we should expect significant ice loss and several metres of global sea level rise over the next centuries. This means many coastal areas and coastal city centres will be under water. Not good news for an island nation. The Marine Institute reminds us that 90% of Ireland’s national territory is already under water.
But maybe we don’t need to worry about it now, it’s happening slowly and most of us won’t be around to see it. The next generations might be better equipped to solve climate change.

Ireland is making some progress on reducing its greenhouse gas emissions. 38% of electricity generated in Ireland is from wind, second only to Denmark and well above the EU average of 15%. On the blustery 21st February this year about 70% of our electricity came from wind. But wind power is still not fully competitive and is subsidised to the tune of €72 per year per household, a fee included in your electricity bills.

How do you feel about this subsidy and other climate related trade-offs? Are they worth paying to slow down climate change? Or do householders have enough problems and climate change should be left to the next generation to solve? Is the green economy for real? Is climate change just nature’s way so we shouldn’t really need to do anything? Or is it already too late and we have destroyed our children’s futures? Share your thoughts below.

Who Turned The Heat Up?

What the little island of Ireland does about CO2 emissions has effectively NO impact on the world's climate, shared among all nations, contrary to the implication of your post. Resources need to be put into adaptation, rather than pretending that actions made by Ireland have any material relevance. But it is easier to pretend that Irish actions will impact on the Irish climate ......

Someone from G replied to Peter:

Yeah but Peter, if every person has this attitude 'what difference can I make? I'm just one person,' 'what impact can we have, we're just a small nation on the edge of Europe' etc. then nothing changes. The world needs to collectively collaborate on this crisis. That includes Ireland. That includes each of us. We may not be taking the brunt of the environmental disasters here but nature is holistic, individualism is a human construct. We're in a web of life together. The whole lot of us.

We have a responsibility to do everything we can to prevent catastrophic climate change. Too many lives have been lost already. This is inter-generational sabotage.

I enjoy your newsletter, Oliver. Thanks.

We all need to do our bit in a sensible way. Governments need to take proportionate measures. Vegan ideologies' should not be allowed to destroy our meat industry. I love my steak!! There are good farming practices that can preserve our cattle herds and be more environmentally friendly.

It's time to be sustainable on all elements and work in tune with nature. We need to use renewable energy sources. We need to turn our waste into energy. Nature is always going to thrive and do its thing, are we part of it, working within its intelligent eco-system, or do we still think we can control it? The egomaniacs that we are. What we are currently doing is collective suicide of our species (and murder of a few other species en route). What we need to do is be natural and apply all our technology to this now, connecting it with ancient wisdom. The world is a beautiful garden, why did we make it a courtroom/office polluted gossipy top-heavy intellectual data predicting life dump? Let's go back to learning from, being in and appreciating nature. Let's go play.